Cloud computing is an umbrella term used to describe a group of technologies. Unlike previous computer technologies that relied on decentralized, essentially independent computers and software, cloud computing unifies resources through web-based applications and tools, storing data and software alike in a remote server.

Cloud computing potentially allows computers or smartphones to be reduced to their smallest possible profiles—essentially just a screen interface with an internet connection—by outsourcing computing power, software, and storage alike. This enables devices to be cheaper and more portable, both extremely important areas with intermittent access to electricity and money, as is often the case in the emerging markets of Africa.

The decentralized nature of cloud computing has benefits when viewed in light of the continents unfortunately unstable nature. In a place where your expensive equipment could be destroyed, stolen, or otherwise rendered unusable, cloud computing allows for the safe, remote storage of information and software in a way to ensure that it can be recovered at a later date.

Some interpretations say that Africa’s lack of traditional (wired) infrastructure actually encourages the adoption of higher-tech solutions. As any tech reporter will tell you, adoption of mobile phones in Africa has outstripped landlines and computers alike, and there is no reason to think that smartphones won’t also be adopted with similar enthusiasm. In this way, infrastructure in Africa and other emerging markets is expected to “leapfrog” the wired stage experienced by the US and Europe.

Those working in humanitarian missions to the continent have reasons to be excited. One of the biggest and most exciting efforts to this effect is called Apps4Africa, a series of challenges to create apps that have real benefits to those living and working in the developing world. Many of these apps have focused on agricultural and livestock management, helping farmers and pastoralists by giving them crucial information about weather and market prices that they would have never had access to before, allowing them to make far more strategic decisions.

Cloud computing has the potential to revolutionize the spread of high-technology devices in Africa and other areas of the developing world. The benefits and advantages of cloud computing correspond perfectly to the special needs and considerations of the developing world’s emerging markets. From both a humanitarian and a pure business perspective, Africa and the rest of the world’s emerging markets seem poised to adopt cloud computing on a scale that dwarfs adoption in the developed world, potentially even allowing Africa to “leapfrog” the developed world in the adoption of some cutting-edge technologies.

Nick Rojas is a business consultant and journalist based in Los Angeles, CA. and Chicago, IL. Through his many years of consulting for businesses, Nick has grown a certain fondness for helping the businesses grow in every aspect possible. Follow him on Twitter @NickARojas. 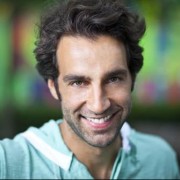 Nick Rojas
Nick Rojas is a business consultant and journalist based in Los Angeles, CA. and Chicago, IL. Through his many years of consulting for businesses, Nick has grown a certain fondness for helping the businesses grow in every aspect possible.