Wearables are having the time of their lives in the clinical world, moving beyond the regular status of being “a consumer tech and wellness product.”

Apple changed things in the digital health world last year September when it revealed that the latest Apple Watch would provide direct-to-consumer electrocardiogram app. Months later, Alphabet life sciences arm Verily’s prescription-only smartwatch was given FDA clearance for an EKG, while Withings — which used to be Nokia’s digital health business — unleashed a competing analog smartwatch with an EKG feature.

While smartwatches are in some ways the first mainstream product to get a medical-grade health spin, reports are gaining momentum that there are now alternative ways tech giants are looking to break into the wearables market.

Ming-Chi Kuo, a popular analyst with an impressive history of predicting new features in Apple products, has revealed that Apple is working on releasing a complete redesign of its wireless earbuds, Airpods – including the latest health features. A patent Apple received in December last year is pointing towards this vision, stating plans to include built-in biometric sensors to AirPods that can aid heart rate monitoring and allow for checking of body temperature.

They also got a patent for in-ear health monitoring technology. Just recently, the U.S. Patent and Trademark Office gave Google a patent for some earbuds that measure a wearer’s body temperature as they enjoy music on their smartphone. The company’s aim is to compare the users’ temperature daily against their baseline to detect potential health risks.

This is one of Google’s sister companies, and it was reported to be working on getting health-tracking sensors into shoes. Ths shoe will keep track of the wearer’s movement, weight and even falls. It could also be useful for unexpected weight gain, as per a February report from CNBC. Verily has reportedly displayed a prototype of ths shoe to potential customers, even though no one is sure if the project is still in the works.

They might be focusing on the smart glasses market, as per a patent application released July last year. The patent simply entails a set of wearable sensors on eyeglasses that will not stop measuring and analyzing a wearer’s pulse waves from 3 separate parts on their face — thereby making provision for a way to help the measurement of their blood pressure, without disrupting daily activities in any way. 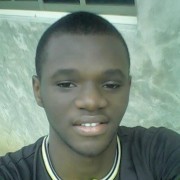