A few years ago, I would have scribbled a few lines of text before putting together anything longer than one paragraph. But things have changed: for most people, it’s now directly from the brain to the keyboard – with immense support from the backspace key and other text editing functions such as Cut and Paste and Spelling and Grammar. Before you argue otherwise, check your handwriting and that of most people around you: we’re writing less and less, in terms of putting pen to paper. Online search has also literally turned creative writing on its head, but that is not the only change that thrills me. As I write, it’s almost 1am in Lagos, Nigeria, and this will not be the last task to be completed for the day. I’m in the office, and even though the present circumstances will make no sense within the context of a 20th century definition of an office, the realities of the workplace in a New Economy are self-evident. The bar has also been raised by the elimination of boundaries and inward-looking policies that helped some nations hide behind workplace fingers.

Computers, mobile phones, in-flight eMail access, teleconferencing, blackberry, iPhones and other tools of the New Economy have changed the dynamics of the workplace. From our earlier factors of production (especially land and labour), we have moved on to new factors as represented by knowledge and technology. It is not unlikely to hear of regular Monday morning reports sent in a few minutes into the day, using mobile devices from remote locations. Neither is it strange to overhear conversations – a few seats away from your 22A window seat – such as, “I’m on my way to Mumbai but the CFO will send you the signed document in less than 7 minutes; I have just signed and returned the document to him.” Five years ago, if you had seen your colleague – through those glass walls that used to separate office spaces – jumping up and down after a few minutes of pacing and speaking with himself (and playing with a stress ball), you would have called the manager’s attention to a possible stress-related mental situation. But today, you would understand that he’s sealing the deal with a corporation four continents away, using a Bluetooth-enabled device.

While this revolution heats up around us, it is important to note that at the centre of all this is the New Economy worker. (S)he used to walk in some minutes before 9am and clear up the table a few seconds after 5pm, but that was in the days when talks about lasers only existed in science fiction novels. Regardless of the high levels of investment in processes, platforms and equipment, the place of the employee cannot be ignored in the equation of corporations that wish to be efficient, productive and relevant in the New Economy. Equipped with appropriate tools and the right mindset, they complete tasks faster, need less supervision, collaborate better, enjoy work, deliver regardless of physical location and understand the multiple bottom-line philosophy. They do not understand the usual employee-employer relationship that uses numerous cat-and-dog tactics, but they do understand that, as intrapreneurs themselves, every completed assignment is a measured stride towards their own career growth.

In the face of this reality, a key question that comes to mind when thinking about developing economy corporations is their ability to compete favourably with the global competition (and there is a lot of it). With outsourcing and insourcing changing the face of tasks and projects, it is important for each corporation to achieve strategic positioning for its share of tomorrow’s economic pie. This is best achieved through proper preparation of the workplace (especially the workforce) for the realities of the New Economy. By the time the history of Workplace 2.0 is being written, there will be only two kinds of corporations: those whose workforce was prepared and who were able to ride the tides, and those whose corporations will be on the died-while-trying-to-survive list. It is instructive for Nigerian corporations to note that beyond the daily provision of power, monthly salaries and annual bonuses, there is an urgent need to transform employees into New Economy Intrapreneurs.

Workplace 2.0 is reproduced, with permission, from ‘Gbenga Sesan’s new book, ‘In My Own Words’. Please see www.gbengasesanspeaks.com for more details. 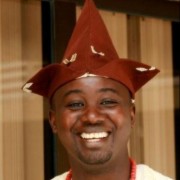 Powering the World with Energy from Biomass