Out of the two aspects of security, the proactive comprises of detective, preventative and deterrent measures while the reactive deals with corrective, investigative, recovery and compensatory measures taken to guarantee a certain degree of data assurance. Most of what is studied today in computer security only emphasizes the proactive components. Owing to many factors, investigating root cause analysis and studying computer usages or file structures to determine exploitable trends have never been the norm in most environments.

This paper introduces the reactive part of computer security otherwise called computer forensics. It attempts to serve as an introduction into the vast field of computer forensics. While defining forensic science holistically and introducing such terms as digital evidence, chain of custody, event reconstruction and root cause analysis, attempt has been made to itemize the globally-accepted best practices and standards for performing digital analysis ethically.

WHAT IS FORENSIC SCIENCE?

Holistically speaking, forensics science (shortened to forensics) is the scientific study and art of investigative techniques used to help in solving crimes by analyzing biological or chemical evidence at a crime scene. It is an interdisciplinary science relating to or dealing with the application of scientific knowledge to legal problems, especially in relation to the detection of crime. Forensic analysis is the process of understanding, recreating, and analyzing events that have previously occurred. Using evidence found at a crime scene the incident can be reconstructed to determine what happened, and possibly find more clues.

To achieve this, forensic specialists come together with their different forms of evidence such as photos, sketches, remnants, blood stains, recorded sound tracks and other useful items gathered from the crime scene to paint a vivid picture which makes it possible to retrace a crime that took place. In typical circumstances, evidence is processed in a crime lab.

Forensics is a huge interdisciplinary field that captures the attention of law enforcement agents, security corporations and intelligence groups around the world. Notably FBI is at the forefront of promoting the application of all branches of forensics.  This is probably because of the growing need to unravel seemingly-insoluble crime cases. As at today, there are more than 94 sub-divisions of Forensic Science known. A few of them include:

Anything found on a crime scene that has the potential to give a clue to reconstruction is known as evidence. Also know in some quarters as artifact, trace or trail, evidence is anything that can be used to track the cause of crime. In typical murder cases, the splash pattern of blood stain is an evidence, so are hair strands on abandoned wrist watches. In some cases highly sophisticated form of inference is employed to deduce action from perfume fragrances.

Similarly, call logs and sms queues in a cell phone or PDA can become digital evidence in matters of telephone threat crimes.

In Forensic studies, a widely-used technique of investigation is the replay of an event; this is also called reconstruction or recreation.

Reconstruction is the process of restoring something to an earlier state. In Forensic practice, reconstruction is an attempt to understand in details how certain events took place or happened, given a crime scene.

Crime scene reconstruction is the use of scientific methods, physical evidence, deductive reasoning, and their interrelationships to gain explicit knowledge of the series of events that surround the commission of a crime.  It is somewhat synonymous to reverse engineering whereby the cause is retrieved by working back through the effect (result).

Reconstruction is a very methodical and principled approach towards objectively understanding a crime using evidences found at a crime scene, hence the incident can be reconstructed to determine what happened, and possibly find more clues.

In the process of reconstructing an event, every item or info that shares any relationship with the subject under investigation is taken as a potential source of evidence. This is why a crime scene is usually cordoned off to prevent a possible damage, loss or interference with evidence.  Cordoning off is usually the first stage of evidence isolation. Specifically in computer forensics, cordoning is achieved through isolation of the digital media being investigated.

Performing forensic examination is a very tedious process that involves adherence to global best practices. These best practices are followed in a specific sequence starting from the gathering of evidence through the point of tendering evidence in court. The entire process during which the object(s) of investigation is/are kept secure without tampering is called chain of custody. In other words, chain of custody is the summation of all the activities and processes that are conducted from inception till the conclusion of a forensic analysis.

It is a process used to maintain and document the chronological history of evidence, and it represents the record of a sample, including its collection, preservation, transportation, transfers, analysis and final disposal as method of keeping track of who has handled a piece of evidence, when, and for what purpose. Chain of evidence is very vital in ensuring that evidence is not damaged or altered in any way while investigation goes on.

Effective chain of custody involves the chronological documentation or paper trail, showing the seizure, custody, control, transfer, analysis, and disposition of evidence, both physical and electronic. This also includes the policies and procedures that govern the collection, handling, storage, transportation, testing, analysis and submission of evidence.

Because evidence can be used in court to convict persons of crimes, it must be handled in a very careful manner to avoid later allegations of tampering or misconduct which can compromise the case of the prosecution toward acquittal or to overturning a guilty verdict upon appeal. The idea behind recording the chain of custody is to establish that the alleged evidence is in fact related to the alleged crime, rather than having, for example, been planted fraudulently to make someone appear guilty.

This is the process of carrying out a thorough review of a disaster, problem, a crime or crisis in order to identify the elements of its cause, study the impacts of its effects on the system, set up measures to mitigate these effects and finally recommend possible solutions to prevent its reoccurrence. Root cause analysis is one of the many goals of forensic examination. Performing a forensic exercise will help to establish a pattern which the adversary might have followed to perpetrate a crime, or to identify the human or systemic error that could have led to a damage, a crash or a failure. 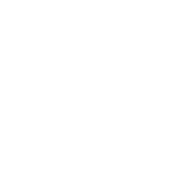